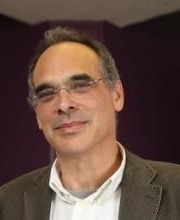 He has published widely on Renaissance science, concentrating on Kepler’s optics. His major publications to date are: Measuring Shadows: Kepler's Optics of Invisibility ((University Park, PA: Penn State University Press, 2016). With Ofer Gal, Baroque Science ((Chicago: The University of Chicago Press, 2013).  Together with Ofer Gal he edited Science in the Age of Baroque, International Archives of the History of Ideas, Dordrecht: Springer Verlag, 2012. Together with Hanan Yoran and Gur Zak, he edited a special issue of The European Legacy, (20:5, 2015) on  Humanism and the Ambiguities of Modernity.

Among his publications, one can note:  “Optics, Imagination, and the Construction of Scientific Observation in Kepler’s New Science”, The Monist (2001); “Shadows of Instruction: Optics and Classical Authorities in Kepler’s Somnium”, Journal for the History of Ideas (2005); “From Emblems to Diagrams: Kepler’s New Pictorial Language of Scientific Representation”, Renaissance Quarterly (2009); (With Ofer Gal) “Baroque Optics and the Disappearance of the Observer: From Kepler’s Optics to Descartes’ Doubt”,  Journal of the History of Ideas (2010); with Rivka Feldhay, "Framing the Appearances in the Fifteenth Century: Alberti, Cusa, Regiomontanus, and Copernicus" (2017); and more recently "Geometry and the Making of Utopian Knowledge in Early Modern Europe", in Nuncius 35:2 (forthcoming September, 2020).

Currently his research is entitled “Geometry and the Making of Utopian Knowledge in Early Modern Europe”. The aim of this research project is to investigate the relationship of knowledge and especially practices of knowledge, Renaissance and Baroque poetics and political power in the crucial early stages of the Scientific Revolution of the 17th century. This research project is supported by the Israel Science Foundation (grant No. 312/20).

Chen-Morris is married and has three children, living on the slopes of the Judean Hills over the Ella Valle.